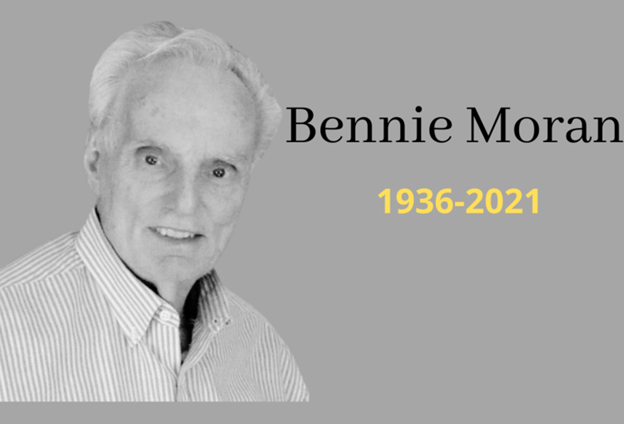 “Where are you from” is a question we get asked more than we might even acknowledge. As we go out of town for vacation or to visit family people perceive that you are not local. Granted, it might have something to do with buying five T-shirts for $50 at that great “discount” store on the beach. It might be the fact that you threw away $25 at an arcade to win tickets for a bear that you could have purchased at the dollar store! Anyway, “where are you from” is an easy way to strike up a conversation. Without fail, when I respond West Virginia the follow-up response is usually, “Oh, I have friends in Virginia.” West Virginia has not been the “western” part of Virginia in 150 years, but who’s counting!

Praise the Lord, a West Virginia native, felt the country roads calling him home to plant a church over 54 years ago.

Bennie Moran was the son of an alcoholic father and a praying mother. He needed his praying mother as it was his father’s footsteps he chose to walk in as a young man. Despite the difficulties of his home life, Bennie became a successful track runner, graduate of East Fairmont High, and went on to receive a diploma from Fairmont State University. Bennie also proudly served three years in the US Army Airborne.

He was serving our country but was far from serving the Lord. He says of himself in a message preached on May 27, 2012. “I want to tell you the gospel of Jesus Christ changed me. I loved the nightclubs of Paris, Munich, Atlanta, Augsburg, Philadelphia, Buffalo, Miami, Panama, Cleveland, and Pittsburgh. Houses of ill repute are where I sought to stay. I am ashamed that I had no appetite for God or the church or the Bible. My life was all about me. It was about my pleasure, my lusts, and my ambitions. In midst of my sinful life, I had no peace, no hope, and no light. I was in spiritual darkness. No heaven on my horizon, no hope of missing Hell. I came one night to Jesus Christ (under the preaching of evangelist Bill Hall) and what a wonderful change in my life has been wrought. I didn’t reform or turn over a new leaf, I repented and believed!”

That lead him to Fellowship Baptist Church and under the tutelage of Pastor Rutherford. It didn’t take long for Bennie to devour all of Pastor Rutherford’s library, and it was then Bennie felt the Lord would have him and Laura attend seminary at Bob Jones University. They packed what little they had and moved to Greenville. Times were tough, not only financially, but emotionally as well. It was there they lost their first child.

Despite planting a church in Greenville and seeing it grow, Pastor Moran knew his calling was to plant a Baptist church in Morgantown, where the need was great and laborers were few!

This was when planting teams and drawing support were not heard of. He stepped out by faith and provided for his young family by driving a school bus. If you have ever driven a car on our roads you would know why it was a major step of faith, especially in a bus!

Faith Baptist Church begin in the living room of the Morans in July of 1967. Ten people attended the first service there in Westover, West Virginia. The gospel was as foreign there as on some mission fields because, at the time, there were little to no Gospel-preaching churches to be found.

Two months later, the congregation began meeting at the Westover Community Building where services were conducted for the next seven years. These were years of both spiritual and numerical growth. In 1973, the church moved again to accommodate growth. The church would remain there for more than twenty years.

Groundbreaking for our current building was in the spring of 1994 and we are still meeting in it today.

Pastor Moran was able to leave a legacy because:

1. He was willing to follow God’s will even if contradicted his own.

Despite the questions and seemingly financial burden, Pastor Moran knew God wanted him to move and build. Despite his gut telling him starting a High School was a terrible idea (depending on the day I might agree) He did it because he knew that is what God wanted. Despite me thinking I was a terrible idea for a successor, he hired me because he said, “God told me you were the man to take over this ministry.”

2. He was willing to stay and not get lured into “bigger and better.”

Pastor Moran had multiple offers to leave Morgantown. He considered some of them, but not because he wanted to leave, but because he wanted God’s will. Each time God made it clear he was to be at Faith. Morgantown might not be Monterey, but it is everything and everywhere when it’s where God wants you.

3. He was loyal to his faith, family, friends, and church.

4. He didn’t let the past depict his present.

Despite who he was and what he was before Christ, he never let that deter him from what God wanted him to do. Did he battle the past like everyone else? Yes. Did he allow the past to keep him from his calling? No! God’s grace was amazing in his life and he desired to see that grace change others as well.

I appreciate Pastor Bennie Moran’s faithfulness, example, and determination as he laid the foundation others will continue to build upon for years to come! 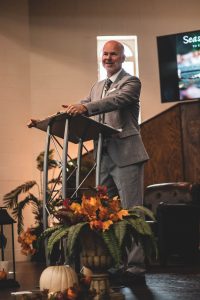 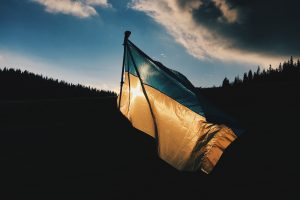